A ballerina at the Australian Open is recovering after collapsing on the court during a match, with the two players involved running to her rescue.

Spaniard Pedro Martinez and Argentinian Federico Delbonis were playing a first round match on Court 17 at Melbourne Park when the ballerina suddenly collapsed.

Martinez was serving in an opening tiebreak when the girl went down.

Delbonis immediately rushed across the court to help the young girl as Martinez, who was closest to her, lent herself to check on her well-being. 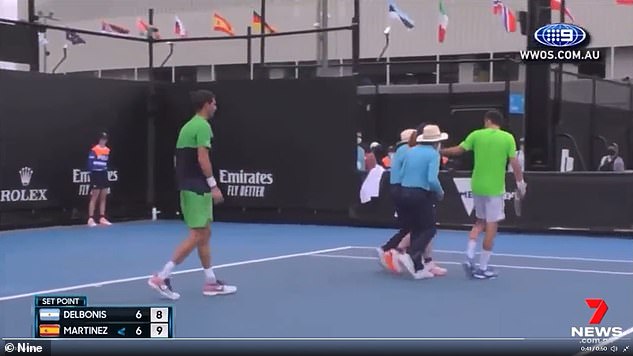 The players then stayed with her, checking on her well-being, while the linesmen helped the girl into her seat at the edge of the pitch.

The girl is believed to have been overwhelmed by the high temperatures on the pitch.

The girl was then examined by tournament medical staff and monitored by a dedicated children’s nurse until she was collected by her parents.

“Federico Delbonis and Pedro Martinez, say hello. Didn’t hesitate to help out a ballkid who had just collapsed in the heat,’ tweeted Nine’s Wide World of Sports, the official broadcaster.

The incident happened on a restless night at the tournament, which got off to a rocky start after the Novak Djokovic drama. 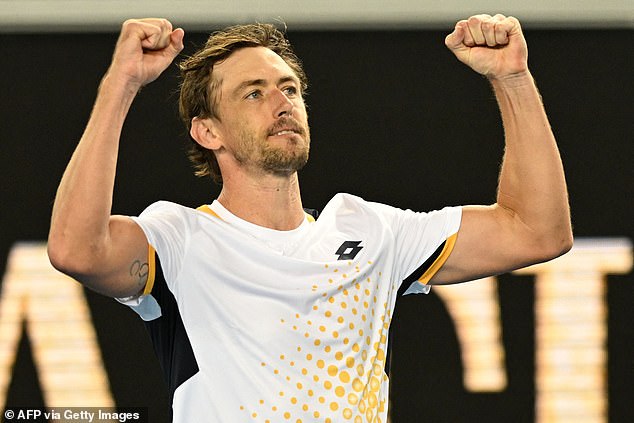 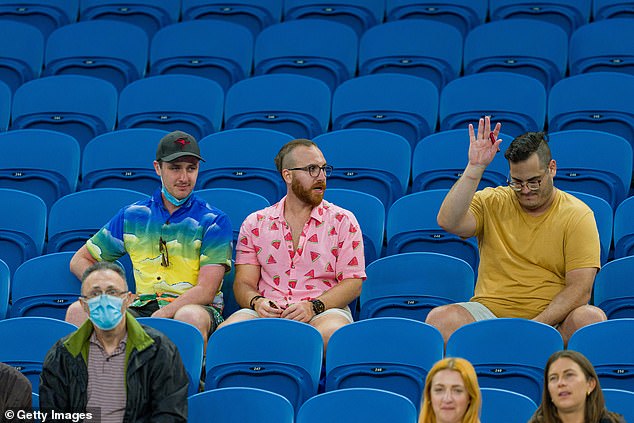 Australian crowd favorite John Millman won a controversial opener against Spaniard Feliciano Lopez, who complained to the referee about the shouting of Millman supporters during that serve.

Some people reported that a fight broke out in the stands after Millman beat Lopez in four sets.

“The crowd was a bit rowdy. Everyone had a few drinks and had a great time,’ Millman told reporters afterwards.

“You don’t want people throwing punches, because we’re the happy slam and we want to have a little fun.”

“They’re looking into a different stratosphere in terms of what’s going on physically. John [Millman] is on his feet and really using his energy,’ he said during Channel Nine’s coverage.

‘Lopez struggles, grimacing after each point. I have a spare wheelchair in the locker room. I think it’s about an hour drive.